My most recent work appears at the top. More samples of my lettering can be found in my Comics gallery.

The Tapas examples linked below are English translations of foreign comics and intended for mobile viewing; as such, the dialogue balloons were created/arranged by the original artist (I simply fit English text into them) and the font is large to ensure it can be read on a phone screen. The other examples shown, and the examples in my Comics gallery, have balloons created/arranged by me and are set up like a print comic page.


Tapas Localization work
(2018-present)
I'm not permitted to post samples of my Tapas lettering work outside of that site, so here are links to several series I've worked on over the years, with brief descriptions and content warnings.
Honey Catch
(2018-2019)

Slice Of Life, F/M romance. Cute, funny, sometimes heartwrenching journal comics
about the artist’s relationship with her boyfriend and with love in general.
(CONTENT WARNINGS: discussion of emotionally abusive relationships and mental health)

Courtly Drama, F/M romance. A Korean woman falls into a Medieval empire’s inner court and
all its intrigues and backstabbing. It’s a fight to survive even with the Emperor on her side!
(CONTENT WARNINGS: sexual assault—M-on-F, some violence)

GL/Romcom. Qi’s adult self body-swaps across time with her teen self. One Qi is in the past trying
to change her girlfriend’s fate, and the other’s in the future with a girlfriend she’s never met!
(CONTENT WARNINGS: fatal illness, some homophobia/discrimination.)

Courtly Drama/Sci-Fi. A novice gamer must beat a historical fantasy VR game or remain
trapped inside—as its villain! But how did this happen…and is anyone else in here with her…?
(CONTENT WARNINGS: a few mentions of attempted suicide)

The Constellation Of Us
(2021-?)
BL/drama. A bittersweet story about ambiguous feelings, social expectations, and misunderstandings between two teen boys navigating their senior year of high school, and beyond...
(CONTENT WARNINGS: alcoholism, bullying,
abusive parents, homophobia, possibly others later on)

Our Little Empress (chapters 1-36)
(2021)
Fantasy. A little girl is plucked from an orphanage and told she has the
power to save the world, but all she really wants is to be loved.
(CONTENT WARNINGS: some scenes of war and devastation, possibly more violence later) 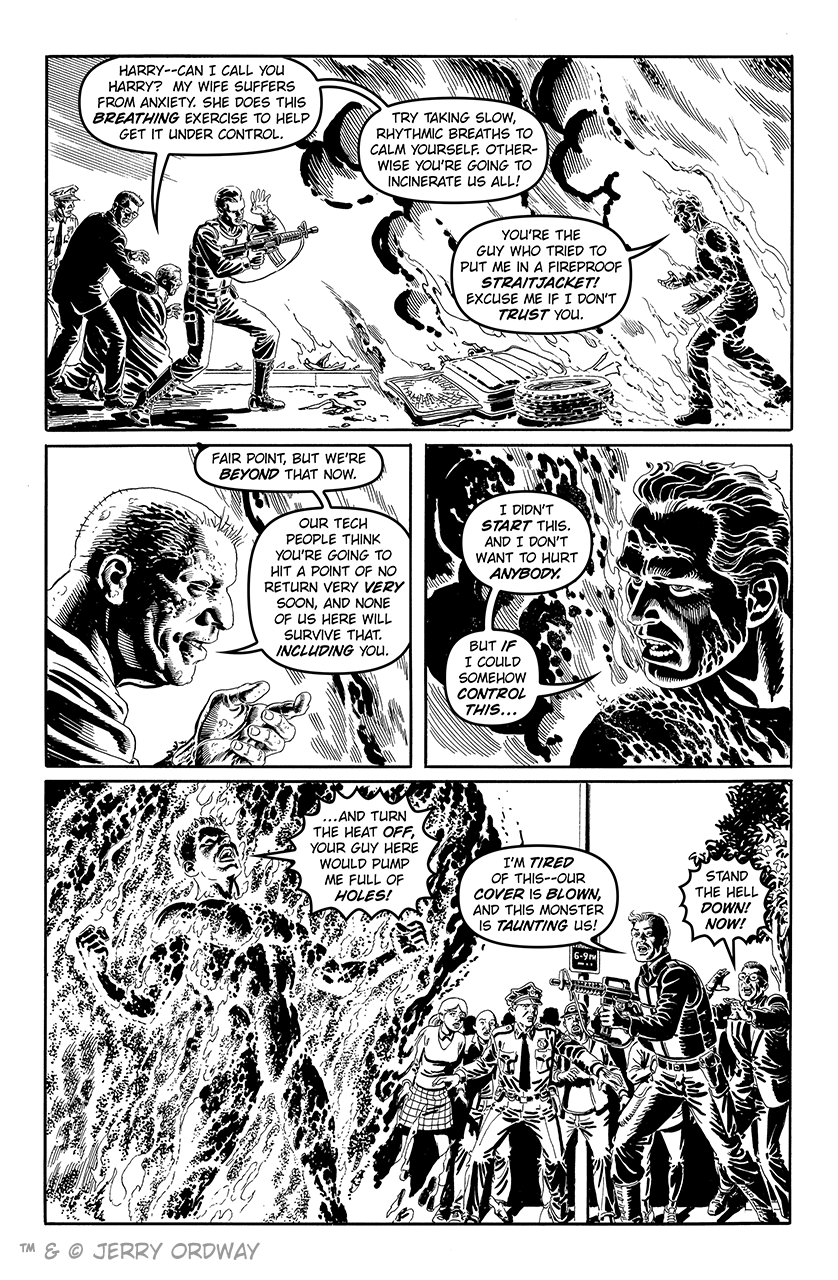 "A Crossing Of Hearts"
(May 2019)
Commissioned by Edward Charles. The full comic can be read at EdwardComics.com .
Writer/Editor: Edward Charles
Artist: Hanna Schroy 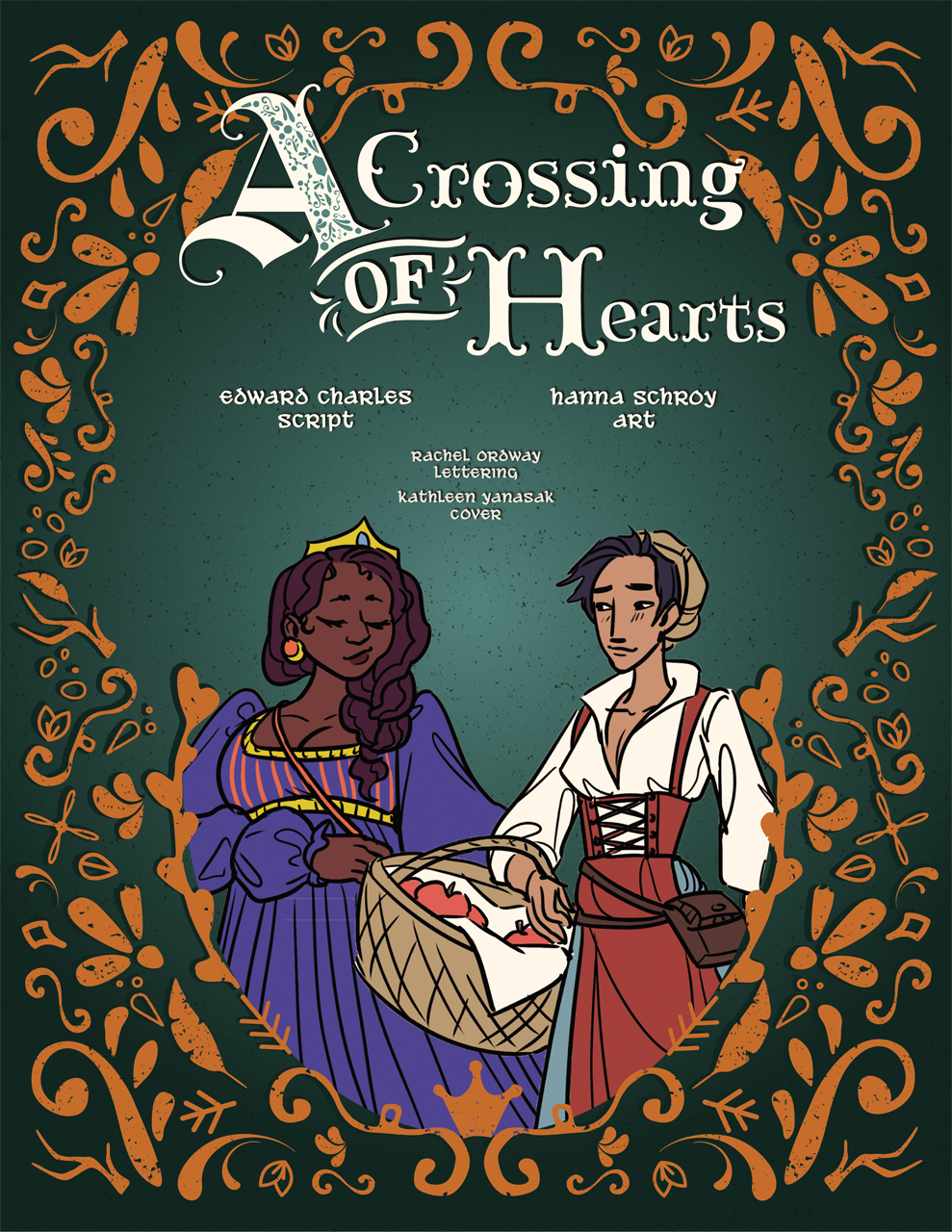 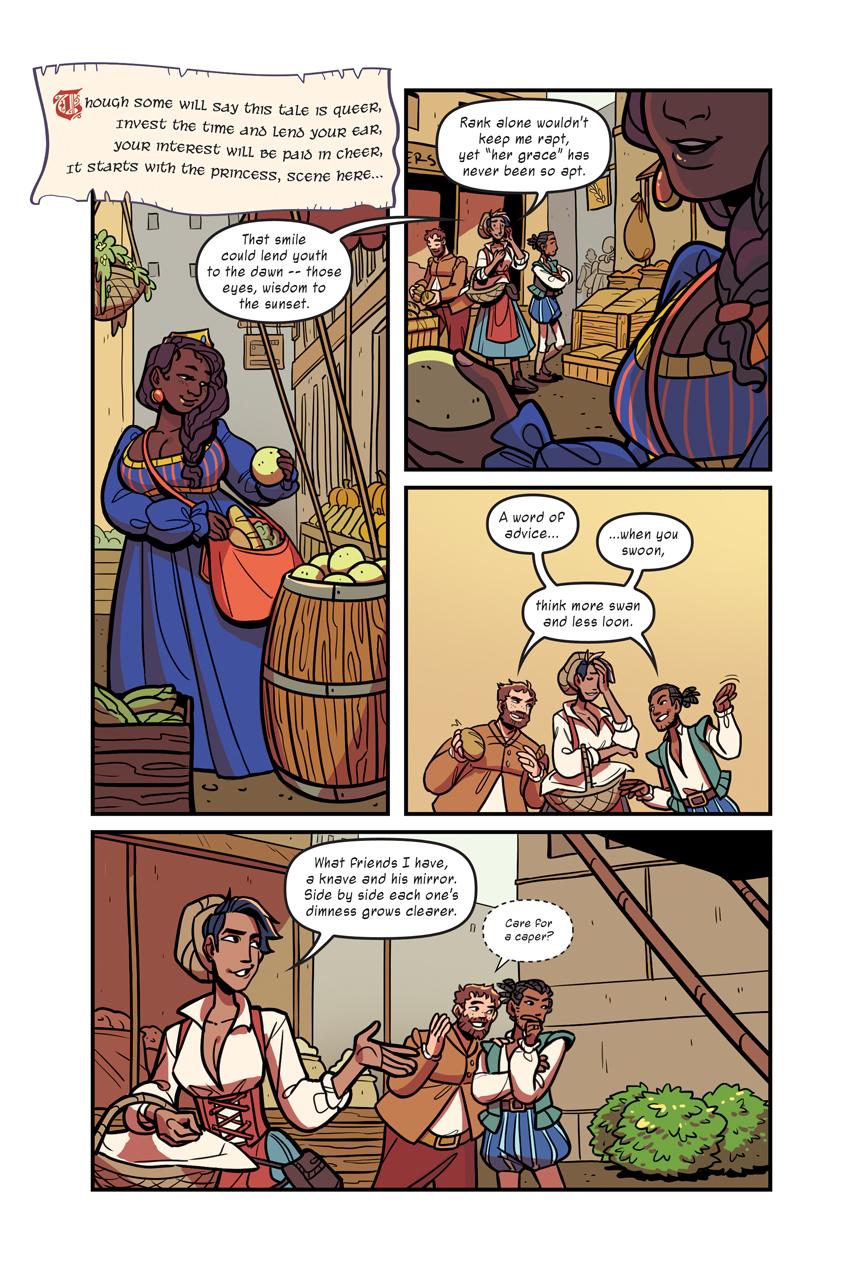 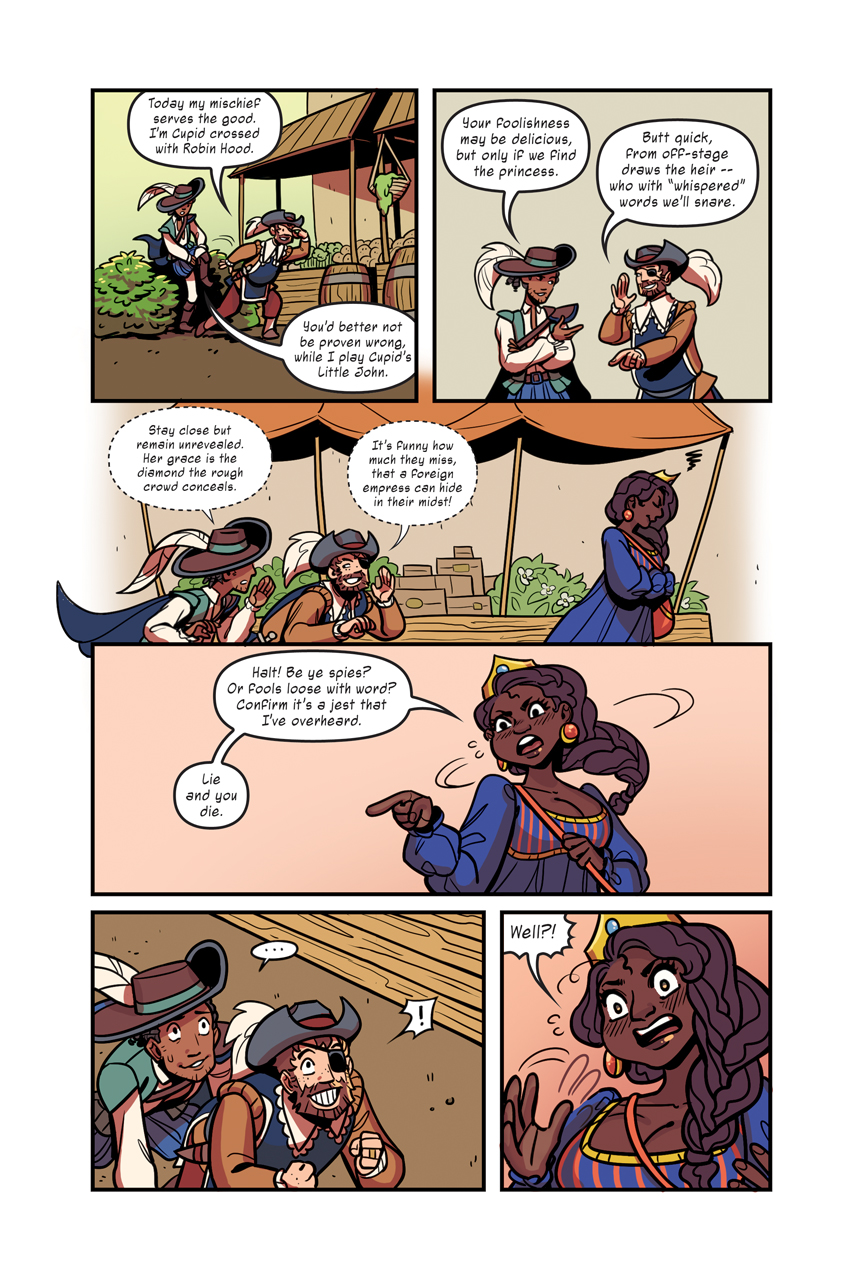 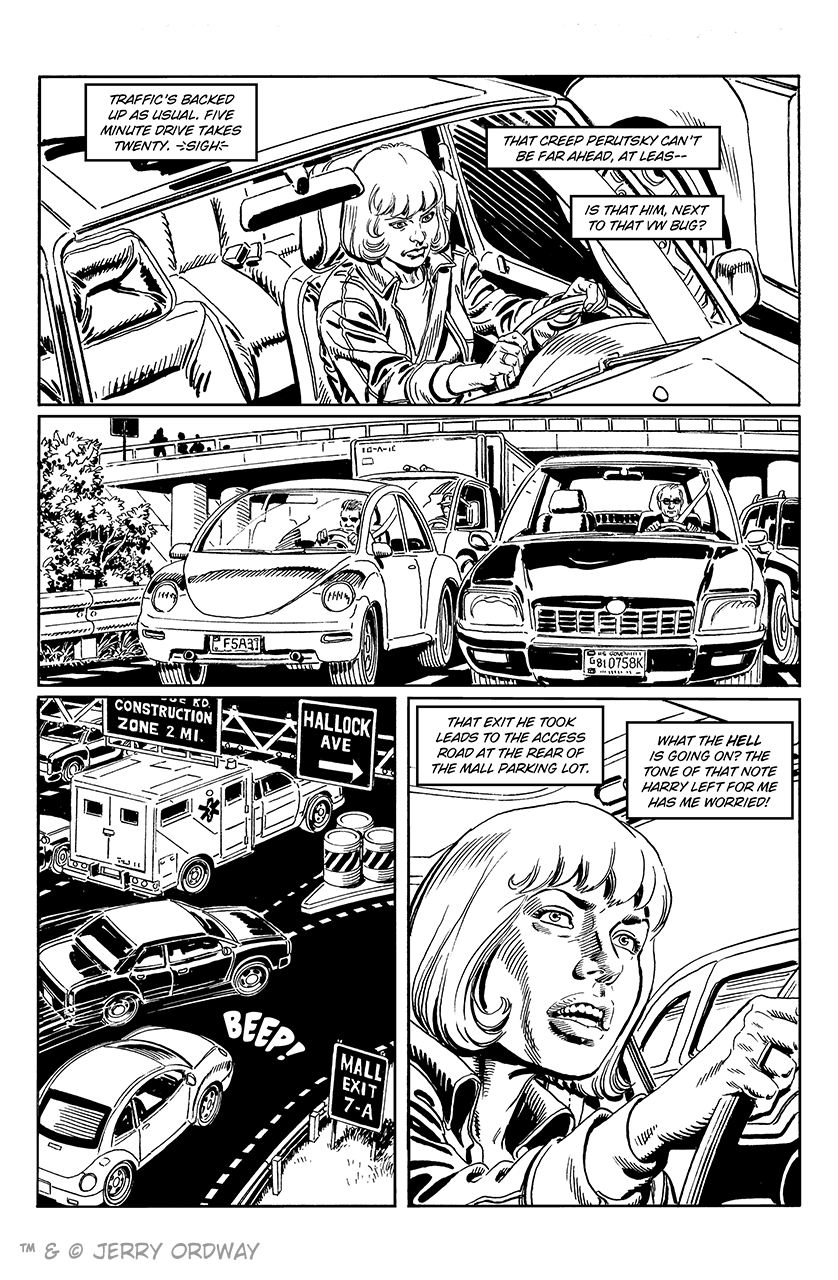 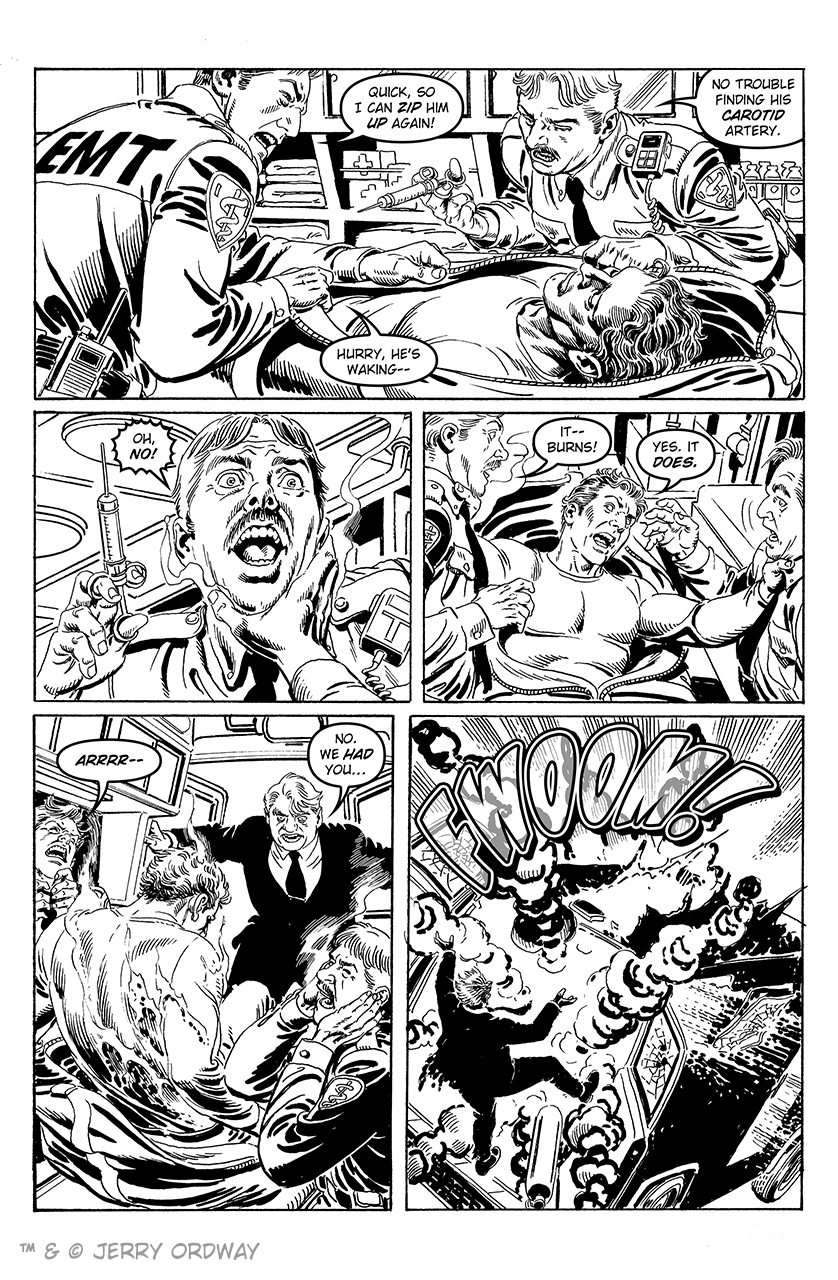 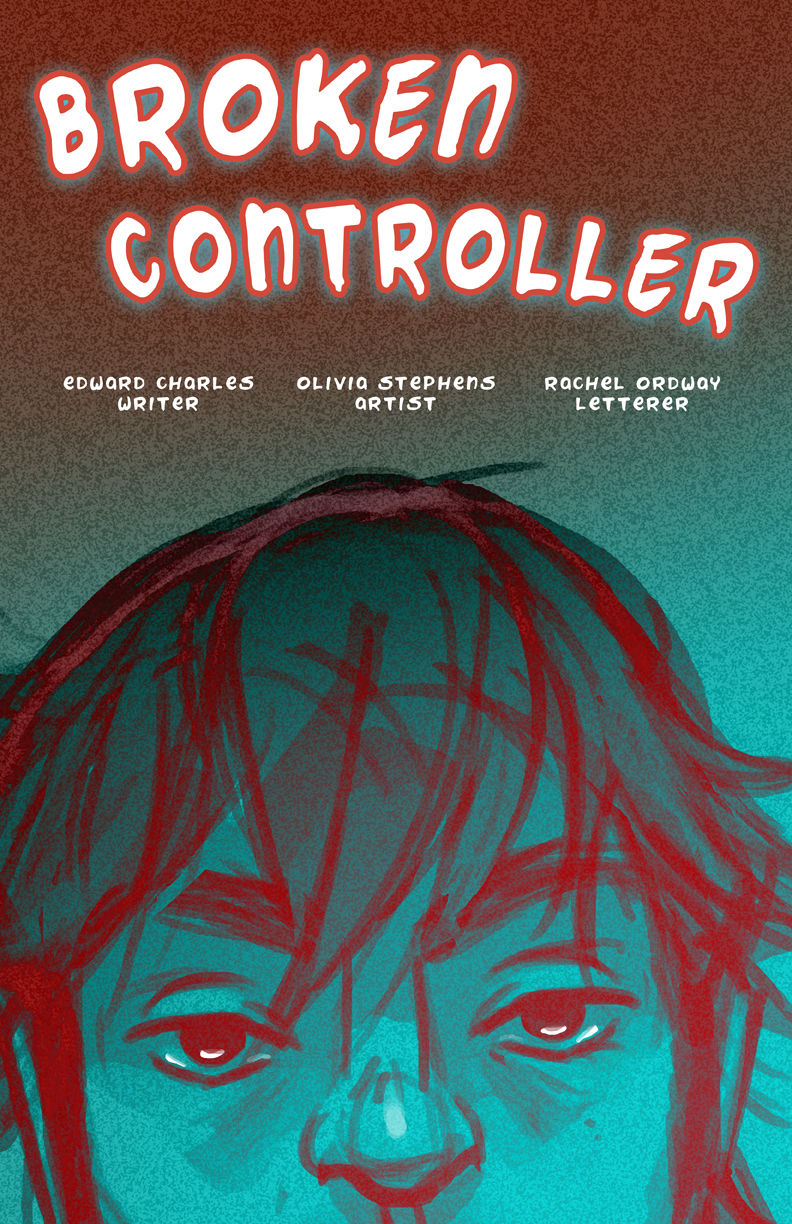 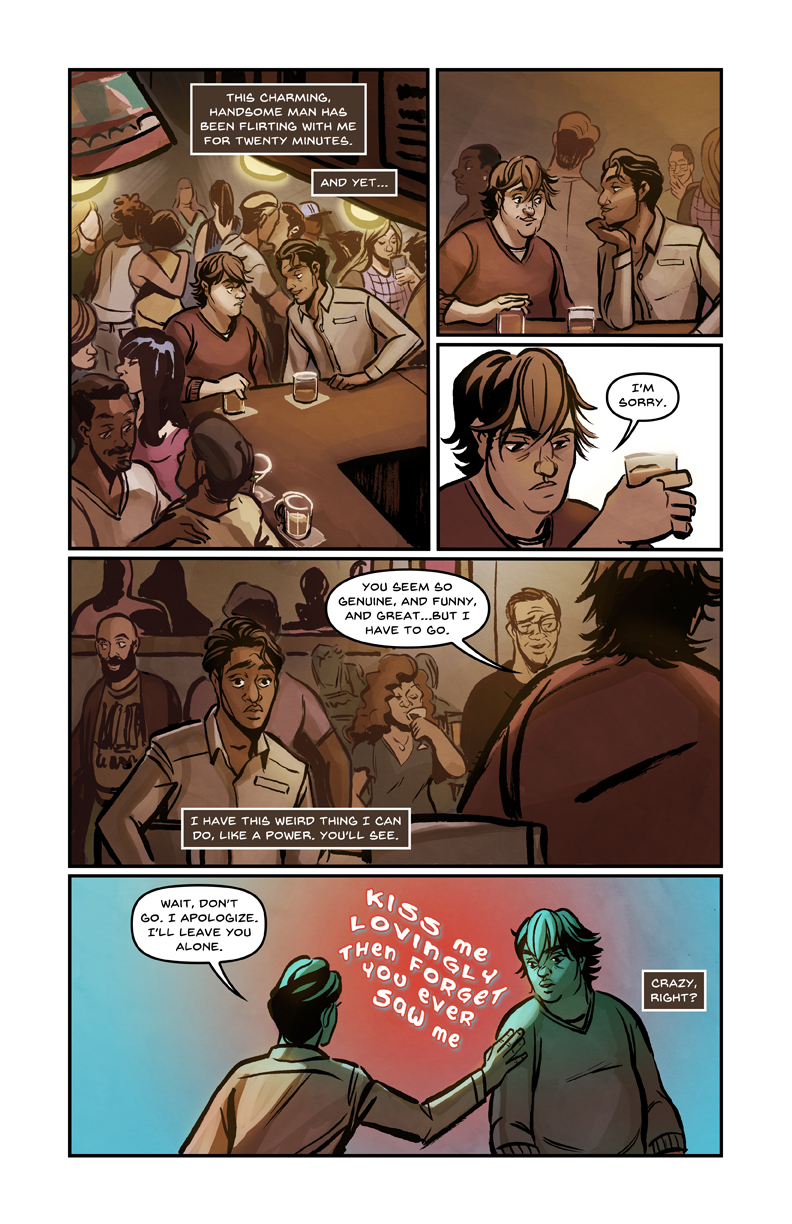 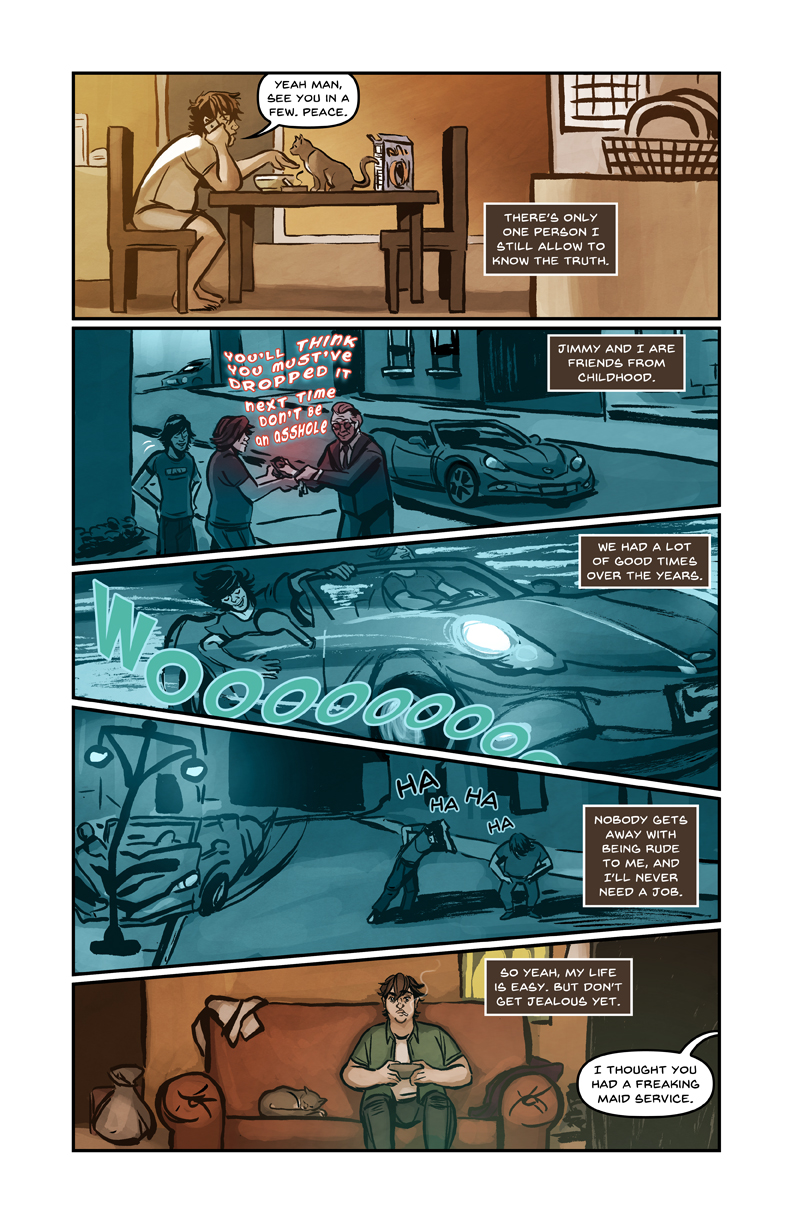 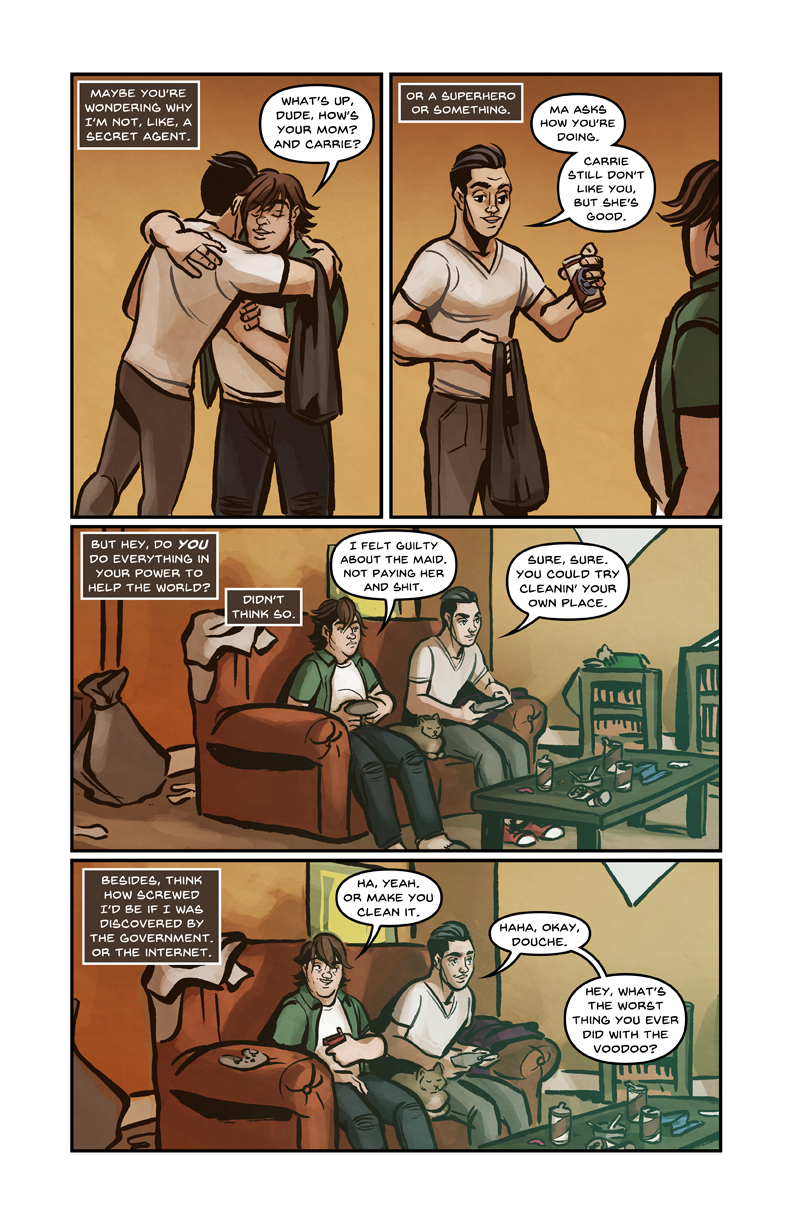 Sougou Tovarisch (cleanup & lettering)
(January 2018)
A sample of my digital cleanup and lettering work, using a scanned page from the manga
総合タワーリシチ. Done unofficially, without compensation, purely for the sake of creating a sample.
The original volume is available for purchase via Amazon U.S. and other retailers.
The text was translated (unofficially and without compensation) by Gulf Standard.
Originally published by KR Comics as part of their Tsubomi series. Content copyright あらた伊里 2012. 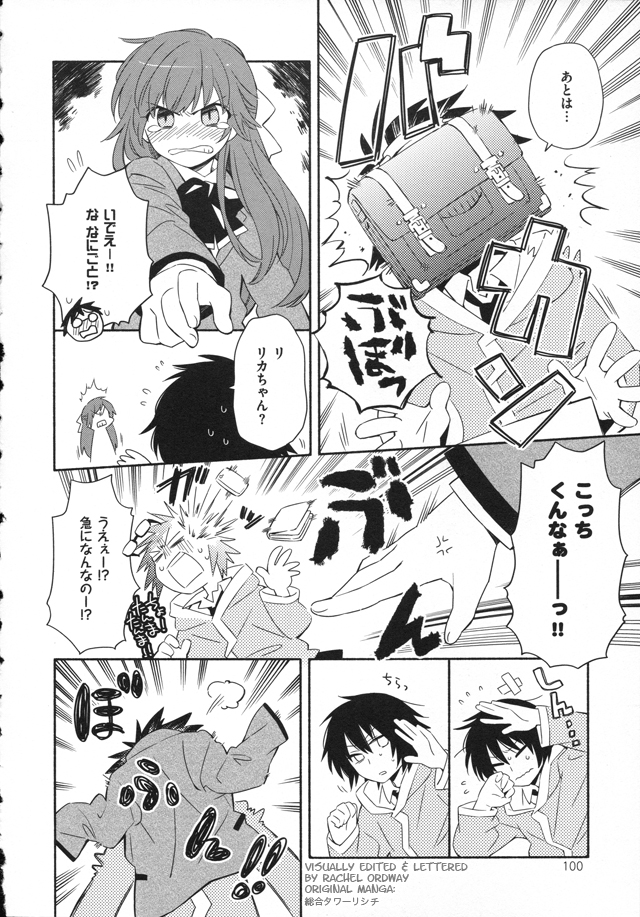 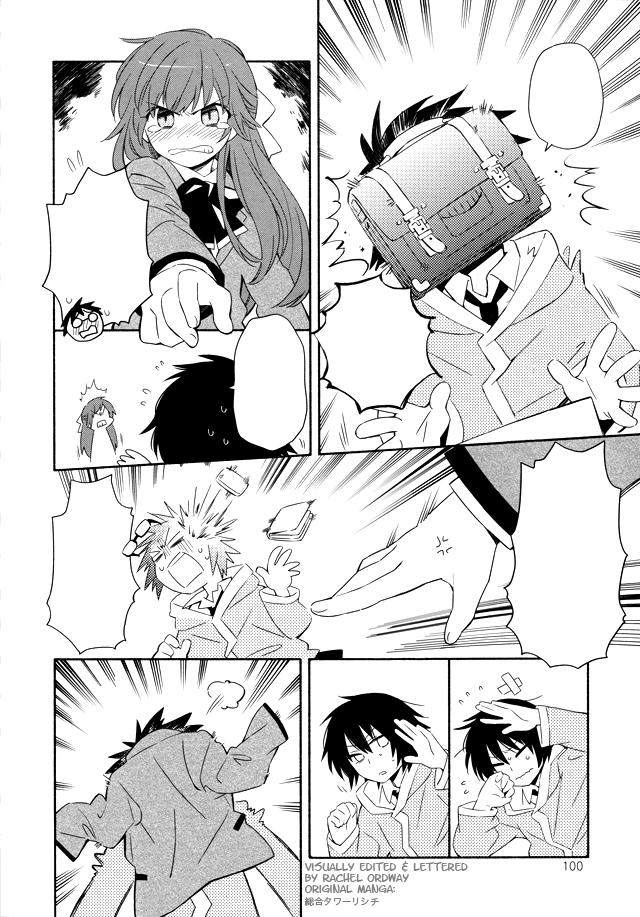 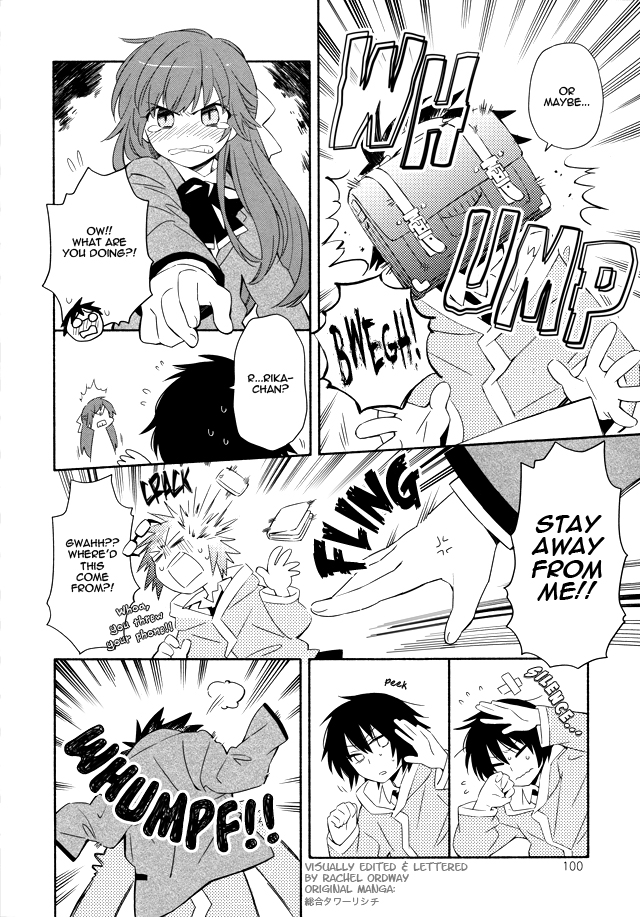